4 years ago
1. The London Eye is not a Ferris wheel. It’s the world’s tallest cantilevered observation wheel
2. Supermodel Kate Moss has been on the London Eye 25 times – the record for a UK celebrity
3. On average the London Eye receives more visitors per year than the Taj Mahal and the Great Pyramids of Giza
4. You can see up to 40 kilometres in all directions (that’s as far as Windsor Castle on a clear day)
5. In December 2005 the London Eye was lit pink in celebration of the first Civil Partnership performed on the wheel
6. The 32 capsules on the London Eye are representative of the 32 London boroughs, and each one weighs as much as 1,052,631 pound coins
7. Despite there only being 32 capsules, for superstitious reasons they are numbered 1 to 33: for good luck, there is no capsule numbered 13
8. The London Eye can carry 800 people each rotation, which is comparable to 11 London red double decker buses
9. The London Eye had a predecessor – The Great Wheel – which was in working order from 1895 – 1906
10. Capsules travel at a leisurely pace of 26cm per second, which is twice as fast as a tortoise sprinting! 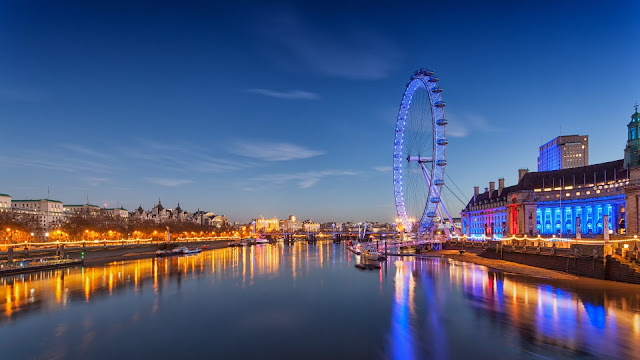