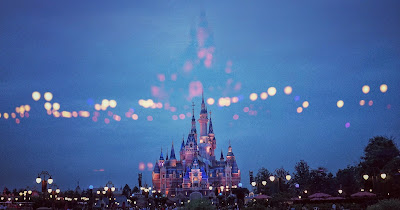 A place where fiction figures meet reality. That’s what the world referred to Disney land. Walt Disney’s vision of a real-life fantasy world brought magical animation to life when it opened its gates back in 1955, and through the decades it has become a staple of American pop culture thanks to its collection of lovable characters, exciting rides, and theatrical presentation. Here are some less known facts about this amazing land of fiction.

1, Disneyland was built in just one year
Despite early financial troubles, the $17 million theme park opened its doors within the estimated time span of 365 days.

2, A secret apartment hides inside the theme park’s fire station
Urban legend has it that this was Walt Disney’s private apartment.

3, Over 200 feral cats live in the park
The felines are there to keep rodents away, though you’d be lucky to encounter one as the majority are said to be nocturnal creatures.

4, Walt Disney waited in line with park guests out of sheer joy
His love of Disneyland was so deep that he used to accompany guests as they waited to ride their favorite attractions.

5, Walt Disney’s daughters were the inspiration behind Disneyland
A trip to L.A.’s Griffith Park and one ride around the merry-go-round inspired the visionary to create the iconic theme park.

6, It’s only closed three times in its history
Those times included the national day of mourning for John F. Kennedy, the Northridge earthquake in 1994, and 9/11.

7, You’ll hear George Lucas cryptically paged when waiting in line for Star Tours
Pay attention next time you ride the Star Wars them park attraction—you will hear the overhead speaker call for Egroeg Sacul, which is George Lucas backward.

8, The Main Street Opera House is the oldest building on Disneyland property
Originally, it served as the Park’s lumber mill and was converted into an opera house after 1961.

9, There is a secret club in the park where only special guests can enter
It’s called Club 33 and it’s where a select few can escape the massive crowds to drink fancy cocktails, eat five-star cuisine, and hang with celebrities such as rumored members Elton John and Tom Hanks.

10, Cast members can’t use one-finger gestures
To avoid offending certain cultures, everyone in a suit is required to communicate with an open palm or two fingers to point.