The DJI Mavic Mini is a perfectly timed masterstroke on DJI’s part. It tackles drone law changes across the US and UK head-on, while also delivering great video quality in a premium, compact body.

Laws now state that drones weighing over 250g need to be registered with aviation authorities – the FAA in the US and Civil Aviation Authority in the UK – and before the Mavic Mini launched, there weren’t any well-reviewed options in this featherweight category. Which means that, right now, DJI has secured itself a monopoly in the sub-250g premium drone market because, unlike one of its main rivals, the Parrot Anafi, that weighs around 300g, the Mavic Mini doesn’t need to be registered. 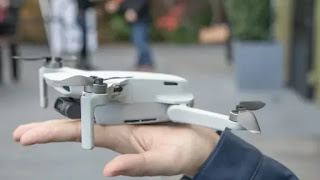 It isn’t quite our dream drone as the absence of 4K, or 2.6K 60fps video recording is felt, but the DJI Mavic Mini is still in a league of its own, pairing a compact, light body with a robust flying experience and decent-quality video capture.